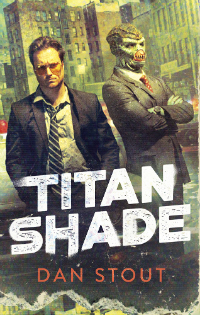 A fantasy noir thriller set in a world where magic is real and technology is at 1970s level.
Share a teaser from your book.
Our little car hugged the corners as I slalomed us through the early morning traffic. The nice thing about cop cars in Titanshade is that the boys in the shop keep them tuned nice and tight. I glided up to a stoplight and paused, waiting for the light to turn green.
Our destination lay straight ahead. But while I stared at the red light the thought of Talena’s photo and that small sticker remnant on the Do Not Disturb sign whirled in my mind.
When I took a sudden right turn, Ajax looked up from fiddling with the radio. “We taking the scenic route?”
“Just a quick stop before we talk to the candies.”
“Yeah? Where’s that?”
A heavily filtered bass line bounced from the Hasam’s speakers, followed by a trumpet’s trill. I slapped Ajax’s hand off the dial.
“No disco,” I said. “They can make us work together, but I am not listening to disco.”

Where did you get the idea?
Liberty Hall was a writing community site when participants were given 90 minutes to write a piece of flash fiction. For whatever reason, I came up with Carter, the setting, and the discovery of the murder, as well as most of the action in the first act. After that, it was just a matter of following the clues…
What’s the story behind the title?
Titanshade is an oil boomtown, where a mix of greed and hard labor has allowed the residents to claw out a living in the midst of an arctic perma-freeze. So much of the story ties into the character of the streets and the citizens that there was never any doubt the book needed to be named after the city.
No spoiler, but tell us something we won’t find out just by reading the book jacket.
One particularly fun aspect of the world was figuring how different species in a post-industrial fantasy world would learn to adapt to each other, from clothing and language to eating utensils tweaked for different anatomy.
Are your characters based on real people, or do they come from your imaginations?
They all come from my imagination, but my imagination is fueled by juxtapositions of real people—the attitude of a guy I met at a party with the fashion sense of the woman in line behind me at the grocery store.
WRITING PROCESS
How long did you take to write this book? (You can share about the timeline from drafting to publication)
I wrote the Liberty Hall flash in April of 2015, so it’s just under 4 years from inception to publication.
Are you a plotter or a pantser?
I’m a plotter, but I value the characters more than the plot structure. If the characters wouldn’t logically proceed from point A to point B, then it’s on me to either provide a framework where they would or change the plot to reflect their honest reactions.
What is your favorite part of your writing process, and why?
Editing. I enjoy seeing the different threads of the story pull tighter, revealing a tapestry that’s richer and more complex than I first imagined.
What is the most challenging part of your writing process, and why?
Drafting. I love brainstorming, and I love fixing the story once it’s built. But writing down the initial draft is like chewing glass.
Can you share your writing routine? (e.g. How do you carve out your writing time? Where do you normally write?)
I work in chunks of time, usually two blocks of 2 – 3 hours. I start early, so I’m usually done with writing by noon, and move to admin and marketing after that.
Have you ever gotten writer’s block? If yes, how do you overcome it?
Not so much writer’s block as much as a sudden realization that “This is garbage and I just keep going around in circles.” The only way out (at least for me) is through.
If you could tell your younger writing self anything, what would it be?
You’re good at revising, but you need feedback, and to get that you need to have written the first draft. So get going!
How many unpublished and half-finished books do you have?
Wow, several half-finished ones. I wrote a NaNoWriMo that’s essentially a 50k word outline, and have others that range between 5 and 20 k.
Do you have any writing quirks?
Oh man, so many! Maybe the strangest is that my first-draft characters almost always have names that start with the same letter (Steve and Sara and Sammie, etc.). I created the Mollenkampi naming convention in Titanshade as a private joke at my own expense.
THE WRITER
How did you get into writing?
I wrote when I was younger, but I only began to get serious in 2011. That was when I found NaNoWriMo, and then the online writer communities. Once I dove into them, there was no going back!
What do you like to do when you’re not writing?
Lately, just sleep! Carving out time for non-writing related activities is important, and I need to make myself put down the mental pen a little more often.
Apart from novel writing, do you do any other kind(s) of writing?
I love short fiction and still return to it as a break from the novel-writing routine, and to flex a different set of writerly muscles.
Share something about you most people probably don’t know.
I can (just barely) juggle.
Which book influenced you the most?
All of them! The biggest influence on me was all the time I spent in the library, grazing on fiction and biography and history. I sampled all the various languages of prose and fell in love with each one of them.
WHAT’S NEXT
What are you working on right now?
The sequel! It’s been tough but rewarding, as building a follow-up that can also stand on its own has meant learning a whole new set of skills. But it’s paying off, and I’m very excited to share the next chapter in the story. 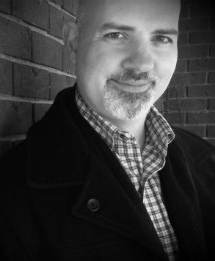 BIO: Dan Stout lives in Columbus, Ohio, where he writes about fever dreams and half-glimpsed shapes in the shadows. His prize-winning fiction draws on travels throughout Europe, Asia, and the Pacific Rim as well as an employment history spanning everything from subpoena server to assistant well driller. Dan’s stories have appeared in publications such as The Saturday Evening Post, Nature, and Mad Scientist Journal. His debut novel Titanshade is a noir fantasy thriller, available from DAW Books. To say hello, visit him at www.DanStout.com.
SOCIAL MEDIA
Website: www.DanStout.com
Facebook:  https://www.facebook.com/DanStoutWriter/
Twitter: https://twitter.com/DanStout
Instagram: https://www.instagram.com/danstoutwriter/
Goodreads:  https://www.goodreads.com/author/show/7938095.Dan_Stout