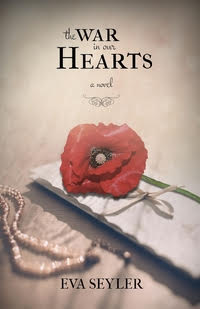 – Please describe what the book is about.
France, 1916: Estelle Graham faces a nightmare. Expecting to meet her beloved husband and bring their newly adopted daughter home to Scotland, she instead finds him gravely injured and unconscious in a casualty station. As she fights for his care, she takes solace in his journals and letters.
In a farmhouse in Somme, Captain Jamie Graham is forever changed when he meets young Aveline Perrault. Both of them broken and walled off from the cruel and cold world around them—made even crueler and colder by the Great War—the pair form an unlikely bond. She finds in him the father she never had, and with her love, he faces the pain from his own childhood.
Discover the depth of love and faith in the face of brutality and neglect as they learn to live while surviving World War I.
– Share a teaser from your book.
Captain Jamie Graham finds a teen girl on an abandoned farm near the front lines of the Battle of the Somme. She looks on him as her saviour and refuses to leave him, dressing as a boy to escape detection by his superiors until he can get her safely away to Scotland with his wife.
– Where did you get the idea?
I’ve felt for a long time that there wasn’t enough WWI fiction out there, and as I was thinking about what I should write, I got a visual in my head of a red-headed girl standing in a barn. That was Aveline, and when she had some trouble, Captain Jamie Graham came to her aid.
– What’s the story behind the title?
My best friend came up with the title and it stuck! I was able to tuck in a line to neatly tie the title to the story after she came up with it, too, which was super awesome.
– No spoiler, but tell us something we won’t find out just by reading the book jacket.
There’s a sixteen-year-old runaway fisherman’s son named Willie Duncan who’s pretending to be twenty, and he’s kind of adorable and I’d like to write more about him someday.
– Tell us about your favourite character.
I have incredible fondness for Estelle Graham, my MC’s wife, who is gorgeous, graceful, and sweet, yet doesn’t take sh*t from anyone. But my very favourite is my MC, Jamie Graham, who wasn’t even originally supposed to BE the main character, but he completely took over in spite of all my intentions.
– If you could spend a day with one of your characters, who would it be and what would you do?
I’d pick Estelle, definitely. She has a mischievous streak that would make her a Tremendously Fun Friend.
– Are your characters based on real people, or do they come from your imaginations
None of them are based specifically on real people.

It took almost exactly nine months from writing the first words to beginning the querying process, and another six months to complete the edits and proofreading.
– What kind of research did you do for this book?
Honestly I felt like I was drowning sometimes, but the upside is that I’ve learnt so much I can continue to write about WWI and already have the basic history of the era covered in my head. For TWIOH particularly, I needed information about trench warfare more than anything else. Eye-Deep in Hell by John Ellis and Hot Blood, Cold Steel by Andy Simpson were both amazing resources.
– What did you remove from this book during the editing process?
Mostly self-indulgent snogging scenes that didn’t do anything to move the plot forward. I also took out a lot of rambling and irrelevant nonsense about Captain Graham’s time training troops in Aldershot.
– Are you a plotter or a pantser?
Pantser. When I have a solid idea where the story is going, then I make my detailed timelines and write my character sketches and all that technical jazz.
– What is your favorite part of your writing process, and why?
I like the polishing part, when I have the bulk of the story in place and I get to rearrange and reword and weave everything together into a harmonious, well-crafted whole.
– What is the most challenging part of your writing process, and why?
Turning it over to beta readers before it’s reached a state of perfection.
– Can you share your writing routine?
I write whenever and wherever I can. I use Google Docs, so I can (and do!) write on my phone or iPad in the car, sitting around waiting for people, relaxing the the bath, whatever. I also try to make time at my computer at least once a day for concentrated writing time with an actual keyboard under my fingers. I write by hand sometimes early in the process, and I take most of my notes and do my character sketches by hand too. Usually about halfway through writing a novel, I’ll print out the initial draft and annotate it by hand (adding scenes, indicating rearrangements, making notes of things that are still needed and where they should go) before completely re-typing the work from scratch.
– Have you ever gotten writer’s block? If yes, how do you overcome it?
If I can’t think of anything new to write that’s relevant, I’ll go back and do some editing, or draw pictures of characters/scenes, or pick my friends’ brains for ideas.
– If you could tell your younger writing self anything, what would it be?
Probably I would tell it, “Someday you’re going to write fanfiction and it’s going to change your life. You think that’s something to scoff at now, but you just wait and see.”
– How many unpublished and half-finished books do you have?
I have two completed works besides TWIOH: an old novel called Hide, which I will never go back to, and a novel-length fanfiction. As far as unfinished works, I have four at the moment: a fictionalised memoir, a post-WWII novel, a novel about Belgian refugees in WWI, and a book set during the summer of 1925 in western Oregon near where I live.

– Tell us about yourself.
I’m a stay-at-home, homeschool mom to my two daughters. I overextend myself constantly trying to do ALL the things, because I enjoy so many things. I hate washing dishes, I’m very disorganised, and my brain retains pointless information from, say, the 1980s, whilst simultaneously filtering out 96.6% of anything someone said to me five minutes ago.
– How did you get into writing?
I’ve been writing since I was little, but I never really FINISHED anything until roughly 2008, when I wrapped up a novel I’d started a couple years prior, and after that I quit writing completely until 2016, when I got sucked into writing fanfic and realised I missed writing a lot and wanted write my own book.
– What do you like to do when you’re not writing?
When I’m not writing, I’m teaching my human children, eating chocolate, cooking or baking, wasting time on Twitter, or making weird shrieky noises every time I see my non-human children.
– Apart from novel writing, do you do any other kind(s) of writing?
Not really! Unless tweeting counts. I tweet kind of a lot.
– Share something about you most people probably don’t know.
The wider world probably doesn’t know how actively I despise summer, sunshine, and being hot. I have reverse seasonal affective disorder (yes, reverse SAD is an actual thing).

– What are you working on right now?
I’m working on my post-WWII novel, because it’s the closest to completion. It is a very ambitious and complex piece of work that isn’t coming together as easily and magically as TWIOH did, but I think it’s totally worth the extra trouble. 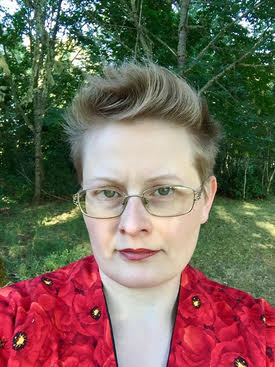 The book you’re currently reading
I just finished Look Me in the Eye by John Elder Robison, and I’m starting Miracle in the Andes by Nando Parrado. Also in the middle of The Big Over Easy by Jasper Fforde.
BIO
Eva was born in Jacksonville, Florida. She left that humidity pit at the age of three and spent the next twenty-one years in California, Idaho, Kentucky, and Washington before ending up in Oregon, where she now lives on a homestead in the western foothills with her husband and five children, two of whom are human.

ONCE UPON A TIME IN HEAVEN AND HELL 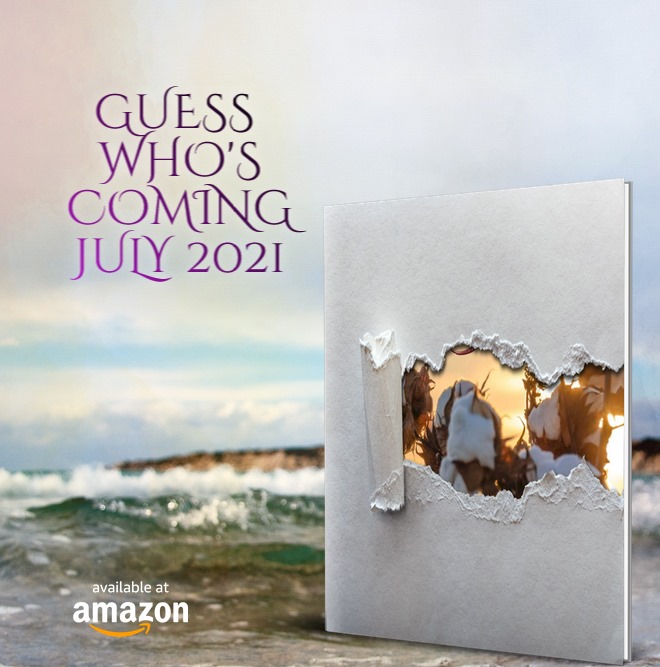