– Please describe what the book is about.
Once a war hero of the Zhen Empire, Tajen Hunt has become a freelance starship pilot, scrabbling for a living on the fringes of the Empire.  When his estranged brother is murdered, Tajen discovers that he was killed by Imperial agents. Betrayed by the Empire he used to serve, Tajen gathers a crew and sets out to finish his brother’s quest—to find the long-lost human homeworld, Earth.  What they discover will shatter 800 years of peace in the Empire, and start a war that could be the end of the human race.

That’s the plot, anyway.  But it’s really about self-creation, and re-creation. It’s about building a family to replace the one you lost, and reclaiming yourself from bitterness and the hole you’ve dug yourself into.  It’s about healing, both yourself and your people.

– Share a teaser from your book.
“… I had been the Empire’s man. Even after I left the service, after Jiraad, I was still loyal. I still believed that the human race was better off under the Zhen than out on our own. There were far too few of us to try ourselves against a hostile universe without their support. In human dives across the Empire, I’d argued in favor of the Zhen, sometimes as our benefactor, sometimes as a necessary evil, but always in favor of not rocking the boat, not going against the bargain our ancestors had made. Before that, I’d allowed the Empire to use me as an example, holding me up as a symbol of humanity’s growth towards a larger, more central role in the Empire.

And despite my service, they had killed my brother without a qualm. Because he said ‘no’ to their request to let go of our own homeworld. So now I had a decision to make: what was I going to do about it?”

– Where did you get the idea?
The story came from a stray thought in a course I was taking on Modern Irish Literature.  We were discussing the ways the British had subjugated the Irish over hundreds of years, and I found myself wondering how that could be translated into a Science Fiction context.  I wrote a note in the margin of my notepad, and over time I kept adding to it. Eventually I connected it with a vignette I had written for a friend, and The Widening Gyre was born.

– What’s the story behind the title? (e.g. who came up with it, did your publisher change it, etc.)
When I was first drafting the story, I called it Things Fall Apart, because the story is inspired by Irish history, and that’s one of my favorite lines from the Irish poet W.B. Yeats, in his poem “The Second Coming.”

Then I remembered Chinua Achebe’s book of that name, and I decided to change it to The Widening Gyre.  Some friends didn’t like it, and I let myself be talked into changing it yet again.  But then my editor, Don D’Auria, said he preferred The Widening Gyre, and since I did, too, I happily changed it back.

– No spoiler, but tell us something we won’t find out just by reading the book jacket.
A minor character in Book 1 becomes very important in Books 2 and 3.

– Tell us about your favourite character.
I love my narrator and protagonist, Tajen, but if I had to pick a favorite, it would be Liam.  He’s got the perfect mix of silliness and seriousness.

– If you could spend a day with one of your characters, who would it be and what would you do?
I’d spend it with Tajen, and I’d get him to teach me to fly his ship.

– Are your characters based on real people, or do they come from your imagination?
There are elements of real people in them, but they’re created by me.

– How long did you take to write this book?
I began writing it in July 2012, began really taking it seriously after I attended the Viable Paradise SFF writing workshop in October of 2013, and finished the first draft in July 2015.  I did some rewriting, and started submitting it to various agents & publishers in January 2016. I got the acceptance from my publisher in May 2018.

– What kind of research did you do for this book?
I did a lot of reading on Irish history, as well as researching the dismantling of the British Empire.

– What did you remove from this book during the editing process?
There was an extended “dream” sequence in which Tajen had a conversation with an AI, unaware of what it truly was.  But it wasn’t working, and as written it blurred too many lines, so I took the AI out and replaced it with a simpler scene.

– Are you a plotter or a pantser?
I’m much more of a plotter.  Maybe it’s my English teacher training, but I can’t get traction on the story until I first work out the characters, and then outline the basic plot.  I still get a lot of ideas to add in as I’m writing, and some things change in the process, but I definitely plan the shape of the story before I begin drafting.

– What is your favorite part of your writing process, and why?
I like the point where I’ve nailed down the plot, I know what’s going to happen, and I can just write.

– What is the most challenging part of your writing process, and why?
Getting the outline done.  Making sure that the plotlines not only make sense, but are interesting.

– Can you share your writing routine?
I still have a day job as a high school teacher, and a child in grade school, so I have to write when it fits.  During the school year, I try to write every night for at least an hour after my daughter goes to bed. During breaks from school, I write throughout the day–most of the work on The Widening Gyre was done during the summers.  That said, I am working on ways to increase writing time, such as giving up some of the television I used to watch, among other things.

– Have you ever gotten writer’s block? If yes, how do you overcome it?
I have, but it’s not usually the kind where I’m unable to decide what happens next.  For me, writer’s block is when I know what has to happen in the next scene, but I’m so exhausted by work and parenting that I can’t focus on the words.  I’ve learned to not try to force myself on those days, but to do something that relaxes me instead, and come back to the writing later.

– If you could tell your younger writing self anything, what would it be?
I largely gave up on the idea of writing professionally when I was about 22, and picked it up again when I was 42.  So what I’d tell that guy is “Don’t give up. You can do it.”

– How many unpublished and half-finished books do you have?
I have three unpublished–and unpublishable–books, all of which are on media I can’t even read anymore.  That’s a good thing, because they are terrible. I’ve also got a couple of books I’m still working on in various stages, and some short stories that haven’t been published.

– Do you have any writing quirks?I overuse em-dashes, and have to fix them when I edit.  And in my edits, I learned that I relied way too much on words like “shrugged” and “snorted.”

– Tell us about yourself. (e.g. day job, family, pet, etc)
I’m a high school English teacher.  I’m married, and we have an eleven year old daughter and four cats, which is more than we expected to have.

– How did you get into writing?
I’ve never not been making up stories, but I started writing them as a lonely teenager when I’d moved from my hometown to a new city.  In the first couple of years of college, a bad creative writing instructor moved me to give up on writing seriously. I still wrote, but I didn’t aim for publishing so much as for entertaining myself and my friends. In my early 40s, I picked it back up and started taking it seriously.

– What do you like to do when you’re not writing?In no particular order, I read, watch TV, play video games, and play with my family.

– Apart from novel writing, do you do any other kind(s) of writing?I post short essays on my blog, but that’s about it these days.  I’d love to do more paid writing, but finding something I can do around my day job that won’t take away from my novel writing is nearly impossible.

– Share something about you most people probably don’t know.In RPGs and video games, I will almost always play the class or character that uses magic.

– Which book influenced you the most?I’m not sure I can quantify that, really, but the book that first got me interested in writing my own stories was C.S. Friedman’s amazing novel, In Conquest Born.

– What are you working on right now?
I am working on a couple of things.  First up is the sequel to The Widening Gyre, titled The Blood-Dimmed Tide.  I’m also working on the plot outline for a new IP, another space opera set in a place I’m calling the Boundless Empire.  And finally, I’ve got an epic fantasy that I’d outlined, but which I took back to the drawing board to replot, because I love the characters and the basic idea, but a lot of my original outline doesn’t work.

– What’s your favourite writing advice?
If you want to be a writer, then write.  That’s all that is required. Publishing is cool, but it’s not a requirement.

When he discovers he’s been on the wrong side all along, a human soldier gathers a crew and sets out to finish his murdered  brother’s quest—to find the long-lost human homeworld, Earth.

Find a local, independent store at which to buy
Amazon
Barnes & Noble

Michael R. Johnston is a high school English teacher and writer living in Sacramento, California with his wife, daughter, and more cats than strictly necessary. His debut Science Fiction novel, The Widening Gyre, will be released 14 March 2019 by Flame Tree Press. He can be found at mjohnstonbooks.com and Twitter @MREJohnston 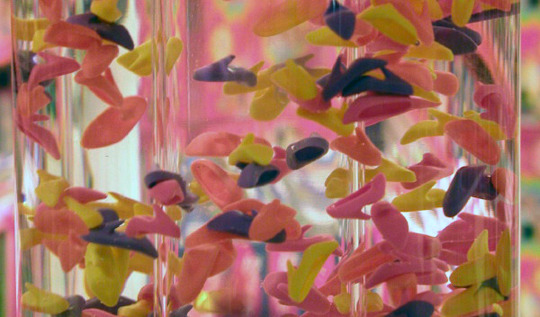